This was the year that the consoles were supposed to “wow” me with their lineup of games, and while there are a few standout titles, the majority of my gaming high points this year came on the PC, and in some very unique genres.  Also, I did try and make an effort this year to play a few types of games extensively that I’m not very good at (I was still pretty bad at Titanfall in the end) and that is a trend I plan on continuing this year.  Some of my best times gaming though really happened when I got together with one (or three) friends and tackled a title cooperatively or competitively.

So here it is, the list of games I thought did something really cool this year and one that almost broke me. 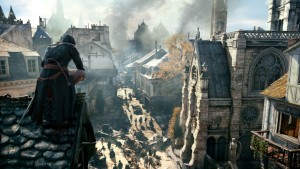 As someone who has been “down” with the AC games ever since the 1st game came out WAY back in 2007, I’ve seen the high and low points of the series.  In every case (including this year’s title and AC III) I have been able to enjoy myself even with all the caveats I have.  A TERRIBLE upgrade/equipment system, combat that regressed from the smooth, intuitive version that was used up through AC: Black Flag, and a world crammed full of extraneous content tied to a bullship companion app and website that is so poorly implemented I gave up on most of the side missions about halfway through the game.

The saddest thing about all of this is that even though I hated SO much about this game (I won’t even start on how non-existent the story is) I was still giddy at the prospect of another AC game when the concept of next year’s game was leaked last month.  Perhaps I’m just a sucker or glutton for punishment, but the best thing I can say about my time with AC: Unity is that I got Far Cry 4 for free since they screwed up this game so badly. 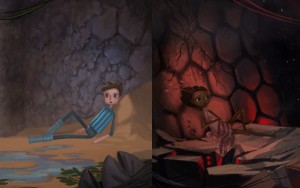 My love of the classic LucasArts adventure games goes way back to the earliest memories I have of starting to play games on the PC.  I fondly remember playing Monkey Island 1 & 2 on my friend’s IBM style PC back in the early 90’s and was truly blown away when I first played Full Throttle.  So when Double Fine promised to make a classic point and click style adventure game back in 2012 I immediately backed the game.  Early this year I finally got to play the first half (they decided partway through development to split the game into 2 parts) and the wait for part 2 has been excruciating since.

South Park: The Stick of Truth 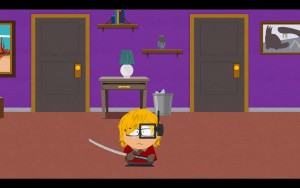 As someone who watched South Park long ago, and will occasionally check in on a newer episode once in a while, I wasn’t sure how I would feel about this game when it was finally released.  It goes without question that anyone who was even remotely a fan of this show at the very least needs to watch someone play this game, as the humor and callbacks to fan favorites are handled expertly.  In addition you have a pretty fun RPG that reminds me of Super Mario RPG but on the complete other end of the appropriate spectrum.  The fact that I feel like this game was completely worth paying full price should stand as testament to its quality.  I bought this for 2 people as holiday gifts and I can’t wait to hear from them once they get through the game. 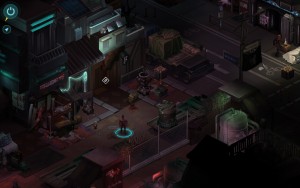 The first campaign of the Shadowrun: Returns game that I backed on Kickstarter was a solid entry that reminded me a lot of the old Fallout games with turn based combat and a pretty decent story.  The DLC campaign they released (free as a backer) took a lot of things I didn’t like in the original release and refined them even more.  A really good story with a cool crew made this campaign much more fulfilling than the original.  I’ve even heard the Director’s Cut is even better, so this could show up at the end of 2015 on my list too.  And with the announcement of yet another campaign set in Hong Kong, I’m excited to see what the future holds for this series. 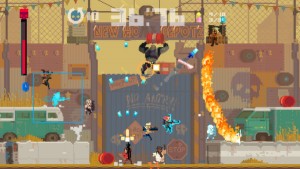 I looked at this games at at least 2 different times at PAX and was constantly excited to ask them when I could expect to play it on a console.  The brief time I had with the game showed that this was not quite like Contra or any other 2D shooter.  The realization that this was a puzzle game with a shooter mechanic became very satisfying to play, and constantly dying and rewinding time then attempting to save the person who I knew was going to die never got old.  And the uniqueness of the characters meant that I could tackle a level multiple ways.  I’m fairly sad that none of my other Infinite Lives partners gave this game a shot, as I think they would enjoy it as much as I did. 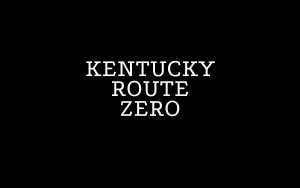 While only Act III was released this year, and who knows if/when the game will truly be completed, this portion of the game has a sequence that reminds me of the Opera Scene from Final Fantasy 3/6 and even does it one better.  A truly unique experience that has a style I wasn’t originally sold on but has since grown on me immensely the more I look at it.  The story feels very emotional and weird in unique ways, and I’m enjoying trying to find my way to “The Zero” and it makes every installment feel special in a way that some other episodic games have not been able to achieve.  Out of all the games I have played, I want this one to be played by everyone possible just to experience the world that the developers have crafted. 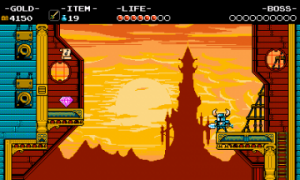 Growing up with an NES, I played Mega Man but never actually owned one of the games myself.  I have fond memories of the style of game though, and this release brought all the right waves of nostalgia to my brain.  The controls were spot on, the levels always felt difficult but never cheap or impossible, and the aesthetic was perfect.  The 5th time you die and lose half your money in a level would most likely cause me to throw my Wii U Gamepad across the room (don’t do that), but after a small breather I came right back and conquered the challenge.  The sense of satisfaction after beating a boss on the 20th try can’t be replicated anywhere else right now.  I can’t recommend this game enough, unless you hate fun and don’t want to support a smaller developer. The biggest surprise of the year for me came from a two year old Blizzard title that I had practically zero interest in picking up, but due to a lack of anything desirable to play (shut up Steam backlog!) I took a chance and picked this up on my Xbox One.  MANY hours later I came away thinking this was easily one of the best games I had played in quite some time.  Everything I didn’t like about these types of games (the controls being tied to mouse clicking being the big one) seemed to be addressed in this release.  Even having someone jump into my game was handled the best way possible, with the co-op player creating a new character but being buffed (without abilities) so they can survive the encounters, until they start leveling up themselves and unlocking powers.  I hope they add some more content to this game, as I’d love to jump back in and lay waste to everything in my path. 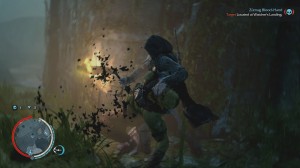 After watching the demo for this game being shown at E3 this year, I knew I was in for something good, but little did I know exactly HOW good everything in this game would be.  The game itself is the perfect amount of everything I love in open world type games, and allowed me to proceed exactly how I wanted to without penalty.  The introduction of the Nemesis system was excellent, and near the end of the game having every warchief under my command was really cool to see.  The story didn’t grate on me the way it did on others, but I can admit it definitely was the weakest point of the game.  Just talking about this makes me want to jump right back into the world and kill some more orcs just for fun.  Also, I got 100% progress on this game, which is something I NEVER do with open world games, so that should say something about the quality of the title.  ABSOLUTELY a must play for anyone who likes to see something new from a AAA title. 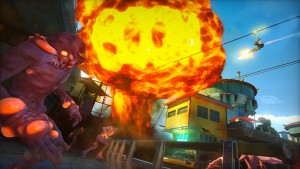 I was really hoping that this game would be good, as it was one of the few truly “exclusive” console games on my platform of choice (before I ended up getting the PS4).  Luckily, the game was a ton of fun to play, the humor was sometimes a little cheesy but overall well done, and the world that they created looked REALLY unique.  I’m sure a sequel is coming, and I hope they address the traversal problems that the early game has, but as someone who liked what Jet Set Radio was doing if not actually playing the game I think this game has a bright future.  Now just give me my TNTeddy and let me loose to grind telephone lines forever! 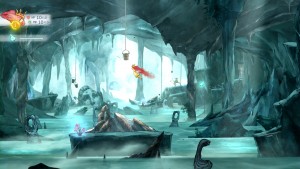 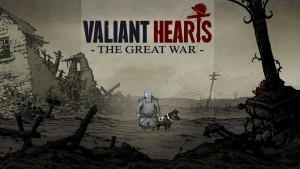 I know, it’s a cheat to have both of these games as one entry, but it is my list so shut up!  Both of these games were made by the smaller teams at Ubisoft and honestly were done better than all of the AAA titles they released this year.  Both told emotional stories, had a unique art style and tackled mature subject matter better than any Far Cry, Assassin’s Creed or Watch_Dogs could have hoped for this year.  Sure the gameplay in both wasn’t anything super innovative or unique, but served the game as a whole very well.  And you can get both for less than the cost of any of those games I mentioned above, and you totally should.

One Response to Jon’s 2014 Games of the Year