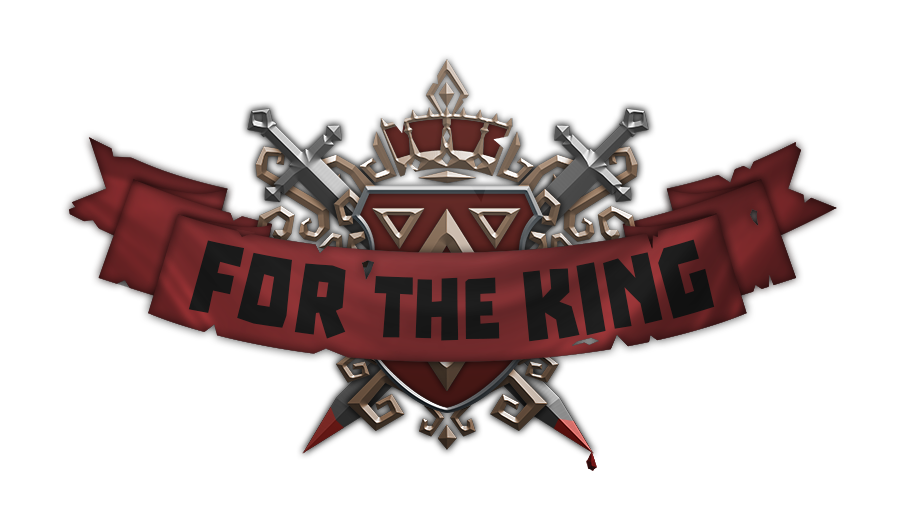 Here is a written interview with Gordon Moran from Iron Oak Games. He is working on the first game from his up-and-coming indie dev studio called For The King. The game is in really early stages, but I wanted to understand how For The King is going to differentiate itself from the other roguelikes in the market.

I was really fortunate that Gordon took the time to answer all my questions. Enjoy the interview and images from For The King.

Dan P: Introduce yourself. When did you start Iron Oak Games? What games or projects have you worked on in the past?

Gordon Moran: My name is Gordon Moran, co-founder and art director at Iron Oak Games.  I’m a 9 year veteran of the games industry, based in Vancouver BC.  Iron Oak Games was officially founded in December 2014, but has been unofficially going since January 2014 when co-founder Colby Young set out to create a digital version of his boardgame, The Black Gate.  Collectively the staff at Iron Oak have worked on many titles including Dead Rising 2, ModNation Racers, Little Big Planet Karting, Sleeping Dogs, Tomb Raider HD, among others.

DP: Tell me a little about the project Iron Oak Games is currently working on: For The King. (I love rogue-likes!) 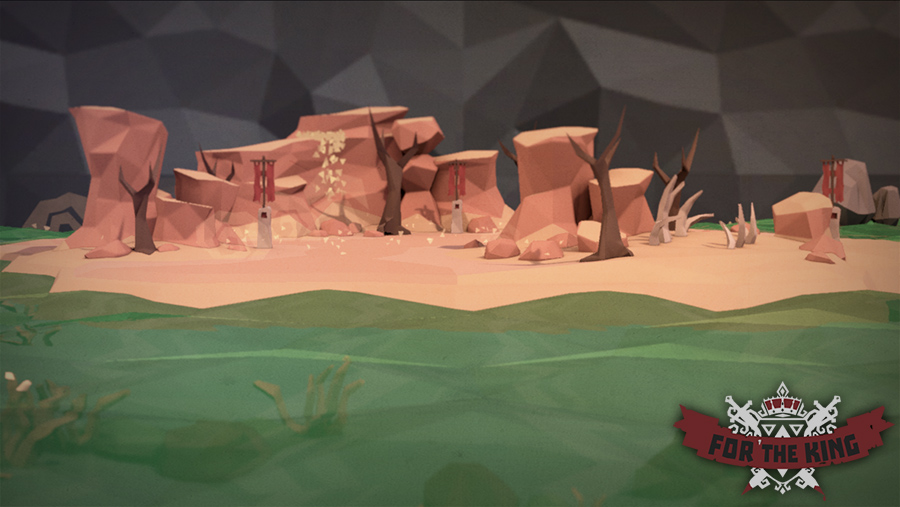 GM: For the King was born from a fantasy RPG boardgame called the Black Gate.  While never released to the public, this game was developed and refined over a two year period.  Very late in development, once we knew we were sitting on a very dynamic and fun game, Colby decided to make a digital prototype.  The reason for the switch was because we realized that a lot of the “accounting”, health, attack roles, xp, currency, etc. could be handled automatically in a video game, freeing up the player to immerse themselves fully in each epic mini adventure.  We could also add more complex systems that were much better suited for a video game.  Things like a procedural world, random events, and most crucially online play.

With the development of the prototype finished, we saw many new systems emerge, and even more opportunities to take advantage of.  The game took on an identity of it’s own, and a new name, For The King, while remaining strongly rooted in the core experience of the original boardgame.  We now describe it as a cooperative turn based fantasy rogue-like.  We hired a writer, Sean Hoyle, who drafted up the lore and fictional world in which For The King takes place and set out to create a unique world ripe with adventure, surprises, danger, and death.  A lot of death. 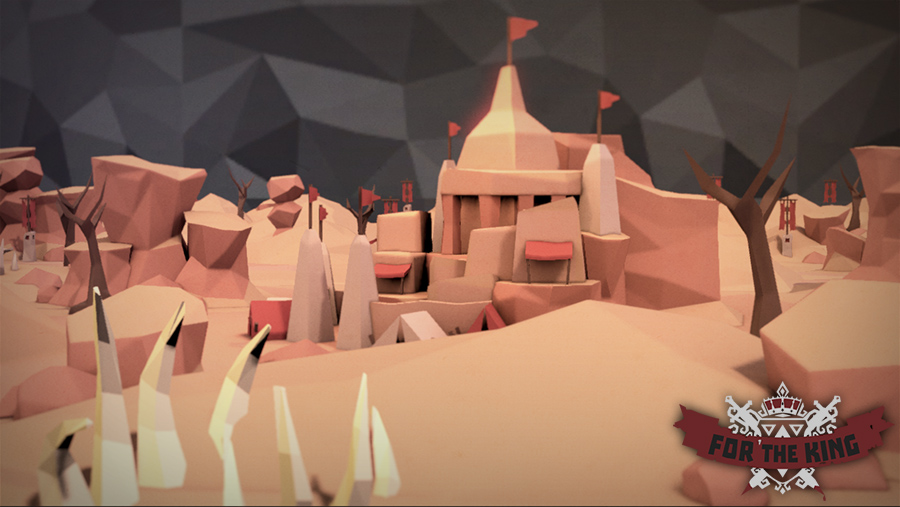 We’re all big fans of “old-school” rpgs and rogue-likes.  Games like Ultima, Final Fantasy, and netHack has been huge sources of inspiration for us.  We wanted to take the experience of those games and condense it into a single session game.  In that sense, every game of For The King weaves it’s own story, created by the players and their interaction with the world.  Every play-through is a unique story, with it’s highs and lows, it’s triumphs and defeat.  This game does not coddle you, it does not hold your hand.  It aims to tear you apart every step of the way.  It will prop you up if only momentarily just to bring you down that much further.  It’s old school like that and we love it.

DP: I ask everyone that I interview the same following question. I find that people from very different backgrounds have an enormous amount of commonality in video games. What is your gaming origin? What was the first game(s) that you remember playing and left a deep impression? Were you a PC or a console kid growing up? 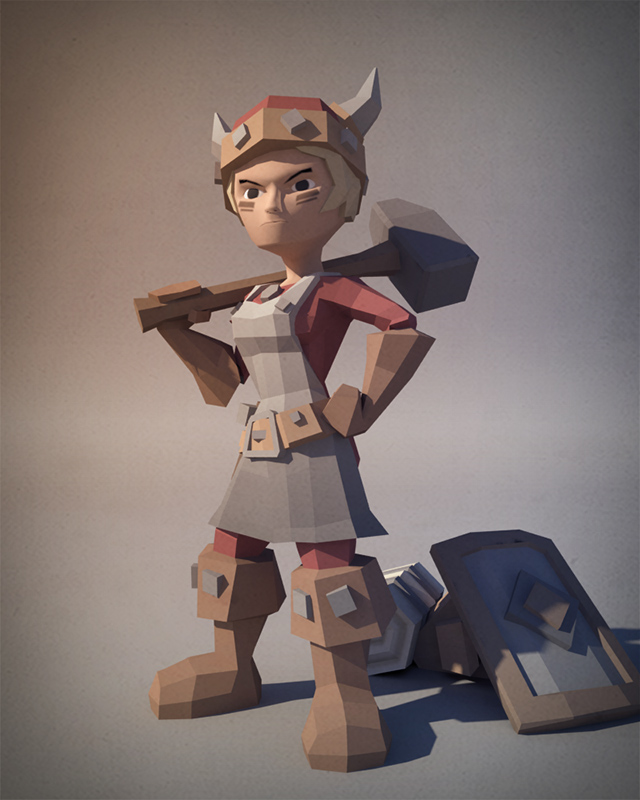 GM: Personally speaking, I’ve been around video games since as far back as I can remember.  For early PC games like netHack and Starflight to Coleco Vision games like Zaxxon and Smurfs (I still have nightmares of that game), all the way to present day.  I’ve always loved games of any type on any platform, or board, or court or field.

My fondest memories are the hundreds of (unsuccessful) attempts at claiming the amulet of Yendor in netHack; meticulously planning my strategy in the original XCom only to have an alien launch a grenade directly into my Skyranger turn one; and obsessing over mapping out and documenting every last inch of the Starflight universe.  I love shooters and platformers too, but these games proved early on that games were capable of affecting you in a deeper sense.  They were deeply personal as every player experienced a different narrative on every playthrough.  Success was not guaranteed, and was in fact fleeting and rare, which made any progress extremely satisfying even when it usually ended tragically.

It’s this personal narrative that Colby Young and myself along with the rest of the crew at IronOak Games are attempting to capture in For The King.  You never really know what the game has planned for you and your ill fated party members.  It’s going to be a difficult journey with many surprises and pitfalls as you weave memorable and unique tales of triumphs and defeats in every play through.

DP: How does For The King aim to differentiate itself from the other rogue-likes? Does the cooperative aspect mean local multiplayer? 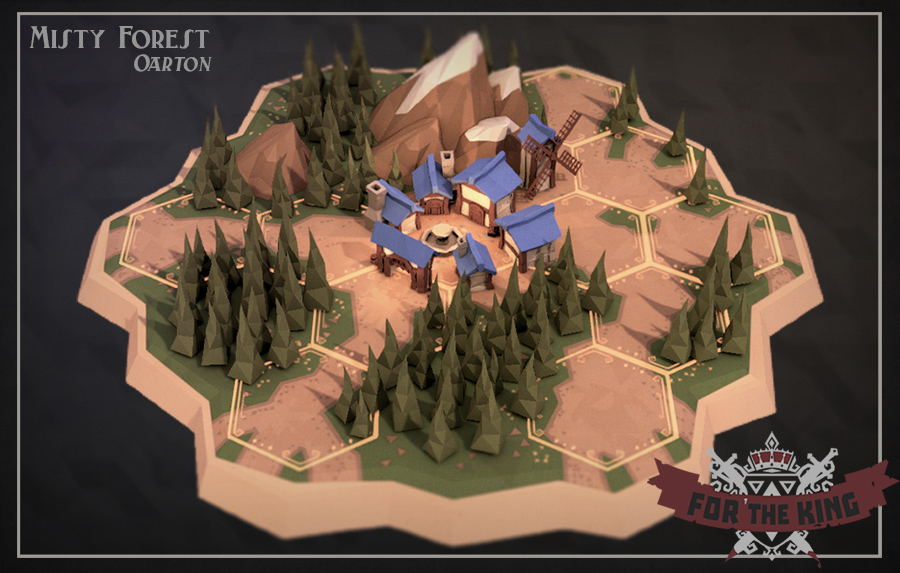 GM: For The King differs from other rogue likes in that it it’s more akin to a traditional turn based rpg but with all the rogue-like goodness added in. It’s an epic adventure spanning multiple realms, from sun bleached dunes to bio luminescent forests to poisonous bogs, condensed into a two hour game.  Basically what we’ve done is we’ve distilled the experience of traditional role playing games into a single session game that you can play over and over again.  This means trimming the fat and focusing on what really makes these games great. You’ll visit multiple dungeons, sail the high seas, survive vicious weather and natural disasters, and encounter all sorts of unexpected places and events.  Plus there are some really cool and unique persistent elements which we’ll be revealing later.  And what fun is having these adventures all on your own?  For The King will feature online cooperative multiplayer so you and your friends can die, err, adventure together.

DP: “Every game of For The King weaves it’s own story” – Is the story procedurally generated? (This sounds really cool) Is there anything you can share about this?

GM: It’s not the destination, it’s the journey that matters.  And while we can’t exactly say what the destination is in For The King with spoiling it, we can say that every journey, every adventure, will be a unique experience.  With new challenges and unexpected events, each new game plays out differently than the ones before and tells it’s own personal tale.

DP: What is it about rogue-likes and turn-based games that appeal to you and your team?

GM: Everyone here at IronOak is a huge fan of rpgs and rogue-likes.  And we’re all old school gamers.  There’s something about the harshness and extreme difficulty of earlier games that makes the victories, both small and large, that much more satisfying.  Then there’s the randomness.  You know that each time you embark on a new adventure the only constant is that there are no constants.  That’s what makes each and every adventure exciting.  You’re constantly exploring, discovering, and teetering on the fine line between victory and defeat.  You can never get too comfortable, and in that sense rogue-likes are challenging and engaging.  We all love a good challenge.

DP: Are you still a fan of the current Final Fantasy games? I personally dropped out after FF7. Are there any recent games that have satisfied this RPG itch?

GM: Similar to you, we much prefer the rpgs and jrps of old.  We love them all, but our hearts were most captured by the earlier versions of Final Fantasy, Dragon Warrior, Wizardry, and Ultima.  That’s not to say we don’t still enjoy modern RPGs like Skyrim, Dragon Age, and perhaps best of all Dark Souls, but with For The King we aim to capture the experience of the earlier entries in the RPG genre as well as some of that tabletop D&D vibe. 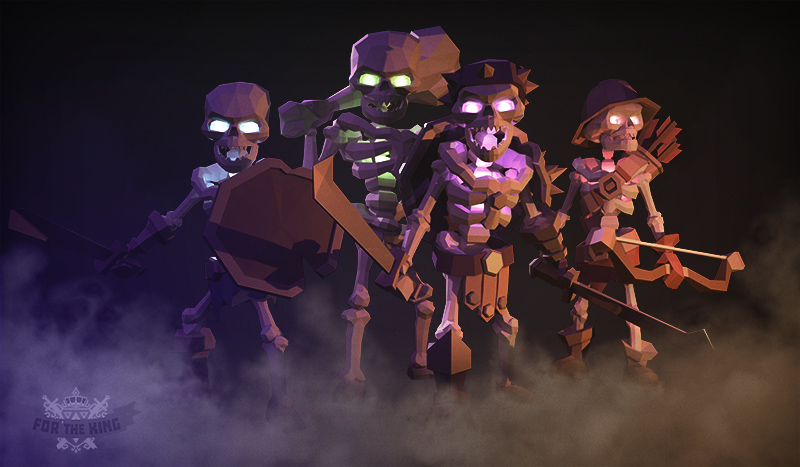 A procedurally-generated roguelike with a story elements AND online cooperative multiplayer! I will definitely be following the development of For The King.

Thanks once again to Gordon Moran and Iron Oak Games!